The Fundación del Lesionado Medular (Spinal Cord Injury Foundation), also known as “FLM”, is a non-profit Spanish organisation created in Madrid in 1997. The members of the Association of Paraplegics and People with Great Disabilities of the Region of Madrid (ASPAYM-MADRID)Abrir en una nueva ventana , notice the lack of integral resources available for people with spinal cord injury once discharged from the hospital. Thus, the Foundation was created with the objective is give options through integral rehabilitation services in order they can achieve the full participation in society, thereby motivating a social change.

We are currently an innovative organisation of international reference. We have a Rehabilitation centre, a Day-Care centre and a Residential centre, which are closely linked to the models developed from the Community of Madrid for the care for physically disabled people, seriously affected.

The Foundation’s Board agrees to a statutory change where they decide to expand the purpose of the Foundation and thus it is renamed, replacing the old name (Fundación Para la Rehabilitación del Lesionado Medular).

The Fundación del Lesionado Medular (FLM) is represented by a Board consists entirely of people with spinal cord injury. They do their work in completely altruistic way. They are the final guarantors that the founding objectives remain at the maximum integrity.

The Board is composed of 9 people: President, Vice President, Secretary, and 6 vowels.

President
Miguel Ángel García studied Political Sciences and Sociology at the Complutense University and has a Master in Business Administration at the Pontificia de Comillas University in Madrid.

Since 1999 he is President of ASPAYM Madrid; since 2010 he is also President of the Fundación del Lesionado Medular (Spinal Cord Injury Foundation). He has also held positions in different organisations, nationally and internationally. He is, for example, President of FIMITIC, International Federation of People with Physical Disabilities, since 2009.

In 2014, he received the Silver Cross of the Civil Order of Social Solidarity in a ceremony held at the Zarzuela Palace, in recognition of his career in the associative world of disability and his work aimed at improving living conditions and citizenship of people with spinal cord injury and other disabilities. 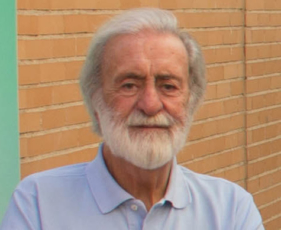 Vice president
Daniel de Linos is an Economist, with a Ph.D. at Universidad Autónoma. He has a Master in Business Administration from EOI, an another one in Senior Management from Instituto de Empresa. He has a degree in Marketing Strategy from the University of New York. He has taught at the EOI for businessmen for ten years and at the Faculty of Economics in the Universidad Autónoma for four years.

As an example of his extensive professional career, we can mention the position of Director General of NIESA from 1968 to 1973, or his position as Director of the Spanish branch of Fleishmann Hillard from 1987 to 1995. He was also President of the International Training Centre in Environmental Sciences from 1977 to 1983, Director General of the Environment from 1977 to 1979, and President of Unisolar from 1980 to 1982.

Along with Jose Rodríguez, he was one of the creators of the Fundación del Lesionado Medular, and holds the position of Vice President since 1997. 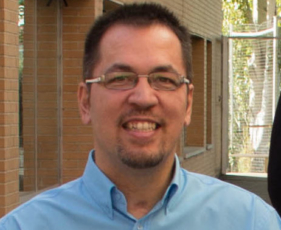 Secretary
Ken Mizukubo has a degree in History of Art from the Complutense University of Madrid, and has a Master in Universal Accessibility and Design for All by La Salle University.

He is a partner of ASPAYM Madrid, among other social associations, such as ADIFA, and he also is a member of the Board of the Fundación del Lesionado Medular since its creation in 1997. 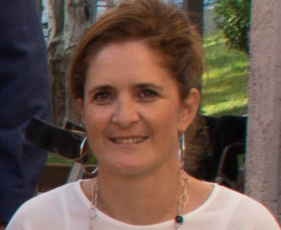 Vowel
Esther Peris has a degree in Business sciences from Universidad Complutense of Madrid, she also has degrees in social value as Account Management (by the ONCE Foundation) and Labour and Fiscal advising (EISNE).

She worked in the private sector (Banco Santander) until her spinal cord injury. She later volunteered at Doctors Without Borders.

Currently, and since 2002, he holds the position of Treasurer in ASPAYM Madrid and since 2012 she is a member of the Board of the Fundación del Lesionado Medular.

She is also the Spanish delegate of the International Association ESCIF, and actively participates in the studies conducted by the entity. 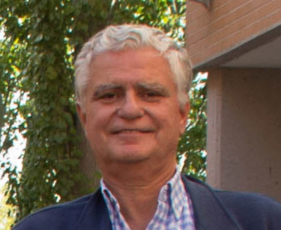 His work experience was developed for almost 20 years in ENDESA, as Administration Chief and Economic Assistant Director of Personnel. He also served as a trainer on issues of employment policies in different entities.

Since 1985 he is a member of ASPAYM Madrid, and is part of the history of the Fundación del Lesionado Medular since its founding. In 2002 he became a member of the Board, occupying the post of Secretary for ten years until he passed the baton to Esther Peris Valle.

Vowel
Jesús Hernández is Doctor Foster Engineer. He has also a Master in Business Administration and a Master in Environmental Management from the Open University. He was Director General and CEO of Fundosa Accesibilidad S.A. from 2000 to 2003. From then until now is Director of Universal Accessibility of the ONCE Foundation.

Within his academic experience is Director of the Master of Accessibility and Design for All in the University of Jaén and Director of the course on Universal Accessibility of the College of Architects of Madrid and the UPM, among others. He is a member of the Board of the Fundación del Lesionado Medular since 2006.

Vowel
Rafael Lamas is Telecommunication Engineer from School of Madrid and has done several training courses in economics and technical marketing in Spain, Europe and USA.

He has been Technical Director of the Vodafone Foundation until June 2006, and in the Public Administration (Ministry of Industry and Energy) he held the positions of General Manager of the Urgent Reindustrialisation Area of Asturias and Assistant Director of CDTI.

Currently and since October 2008 serves as the Manager of the Madrid Association Health and Welfare Platform within the association Madrid Network.

He is a member of the Board of the Fundación del Lesionado Medular since 2012. 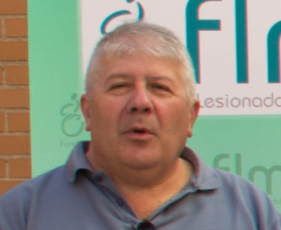 Vowel
Luis Cabrera, computer programmer, worked in private enterprise (IBERIA L.A.E) until 1989. He has a Master in Management of Non-profit Entities by the Free School of Law and Economics (1992-1993).

He has been developing its work voluntarily since 1991, playing representative positions in different organisations of the associative world of disability.

President and Founder of the Association Frida Kahlo de Coslada (1993-1996), Vice President of ASPAYM Madrid (1993-1994); President of FAMMA-Federation of Associations of People with Physical Disabilities (1994-1996).

He is a member of the Board of the Fundación del Lesionado Medular since 2012.

Vowel
Ignacio Tremiño is a member of Parliament for VALLADOLID in the lower house in Spain. Spokesman of the Popular Parliamentary Group in the Commission for the Disability Integral Policies. He has a Law Degree at the Open University of Catalonia; Executive MBA at Instituto de Empresa (Business Institute – IE).

He has been the General Director of Disability Support Policies and the Director of the Royal Board on Disability (Ministry of Health, Social Services and Equality) for many years, as well as the Director of Business Development of the ONCE Business Corporation and Fundosa, among other companies of the same sector.

He has participated in over 50 presentations addressing social and economic topics as well as the employment of people with disabilities. He has also received multiple acknowledgements for his work in the world of disability, including ONCE Solidarity Award, ASPAYM Solidarity Award, Mental Health Federation CyL Award…

He is a member of the Board of the Fundación del Lesionado Medular since 2017.

Inauguration of the “Service Centre of Spinal Cord Injury”

The pioneering project that pursues integral rehabilitation began under the direction of José Rodríguez García.

Conversion of the “Centre” into a “Foundation”:

This is how the Foundation for the Rehabilitation of the Spinal Cord Injured was born.

Completion of construction of “the new headquarters of the Foundation”:

Thanks to the cession of a plot by the Municipal District of Puente de Vallecas, along with the draft of the new centre by the CEAPAT (IMSERSO) and the financing of Obra Social Caja Madrid, the ONCE Foundation, the Ministry of Labour and Social Affairs and the Grupo Acciona.

Inauguration of the “Rehabilitation and new Day-Care Centre”

Depending on the Department of Family and Social Affairs of the Community of Madrid.

Inauguration of the new “Residential Centre”

Due to the vulnerability suffered by this sector, the need for a residential centre is observed; this, the first Residential Centre for people with SCI is created.